Red Teaming: learn the importance of this cybersecurity team 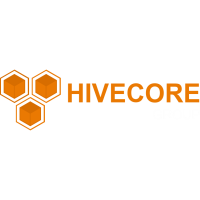 It is increasingly important – or even mandatory –  that companies be careful with cybersecurity measures to prevent attacks by cybercriminals and secure sensitive data. Due to the myriad of vulnerabilities found in IT environments, it is crucial to search for greater coverage solutions.

Mimic the techniques that cybercriminals use is an essential tactic for proper security posture management. Cybersecurity teams, such as Red Teaming, respond to this need by conducting an active search for security vulnerabilities across the company's IT environment.

To better understand the red team's functions, below, we have listed some exciting topics, such as the advantages, disadvantages, tools for automation, and the differences between blue and red teaming. Good reading!

Red and Blue Teams are responsible for testing the company's security barriers by simulating attacks and improving defenses. In an interactive and integrated way, both teams fight in a healthy competition, looking for ways to make the protection measures more efficient.

The Red Team is responsible for carrying out various cyber-attacks simulations to test its security against intrusions. On the other hand, the Blue Team works on defense, seeking threats, and maintaining protection effectiveness.


The Red Team simulates attacks on the company's systems and applications to test security against cyber-threats. This technique mimics the real world, applying all the methods that an actual attacker would use. For that reason, Red Team professionals are often called "ethical hackers."

This team must be composed of highly qualified and certified IT professionals, internally or outsourced. That way, you will have collaborators with high knowledge about the threats that can identify and explore vulnerabilities.


Some of the advantages of red teaming automation are:

Among the red teaming disadvantages are:


How to build an affordable Red Team

IT professionals may not have enough time to continually run Red Teaming tests in certain situations, making this process a secondary activity. As a solution, there are platforms on the market that automate these exercises to make them continuous within the company.

Sophisticated tools that simulate real criminals' attacks can be incorporated into company routines to automate the work that would be Red Teaming's responsibility. These platforms identify threats and highlight vulnerabilities according to their risk, with complete, modern, and effective reports.

It's also possible to identify weaknesses in the organization's security posture, gain visibility into real-time attacks, and remove attackers from your environment more efficiently.

The result is that the demand for manual labor decreases, investments in security are optimized, and security measures become more effective.

It is inevitable to count on an adequate, modern, and efficient solution to promote proper security posture and provide your company continuous protection against cyber-attacks. Both Red Teaming and automation solutions for attack simulation are good options to be considered for preventing attacks or intrusions into systems and applications.